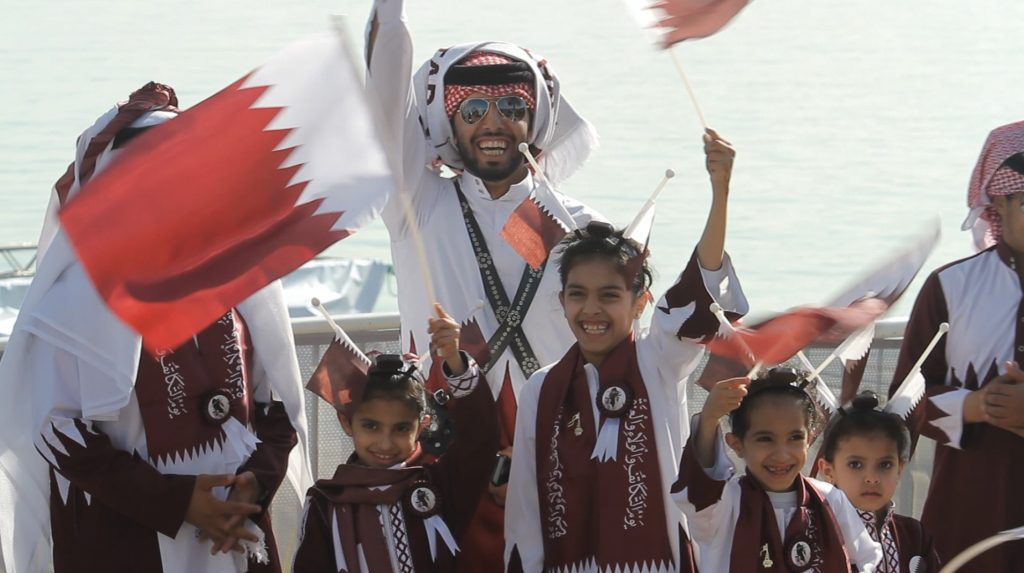 We started out over 30 years ago, setting ourselves the mission of helping drive positive change through film across the world of business – and we’ve gone from strength to strength since.

We’ve since expanded our mission far beyond the world of business and we now work across a huge range of sectors, winning over 700 awards in the process!

Film production is in our DNA. 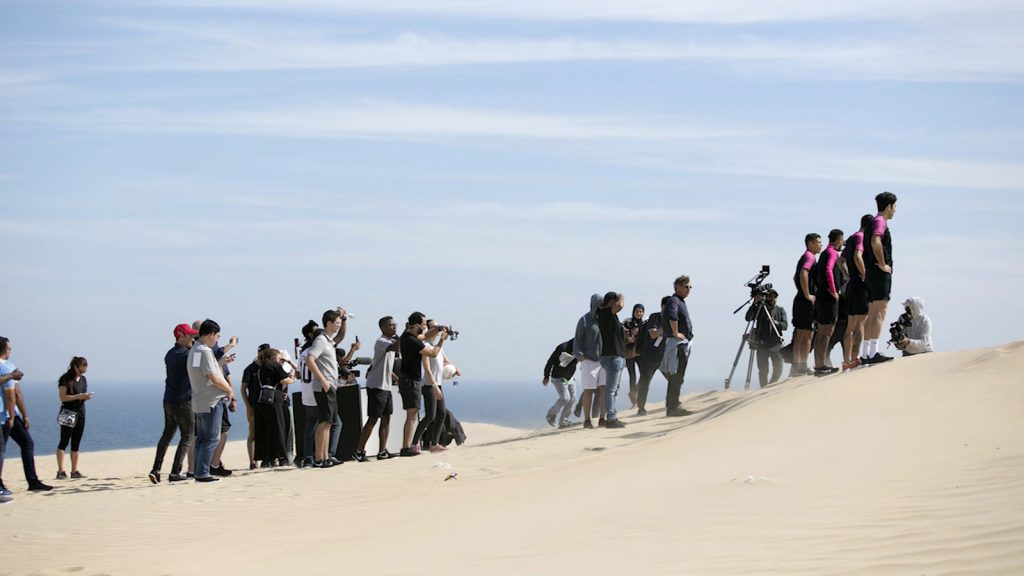 No matter the project or who it’s for, we’re relentless in finding the right solution to make the right film each time – solutions that share key messages and tell key stories in engaging, memorable ways…

…and it’s been at the heart of our success in Qatar – but that’s just part of the story.

It’s been 15 years since our first project in Qatar – and we’ve never looked back. 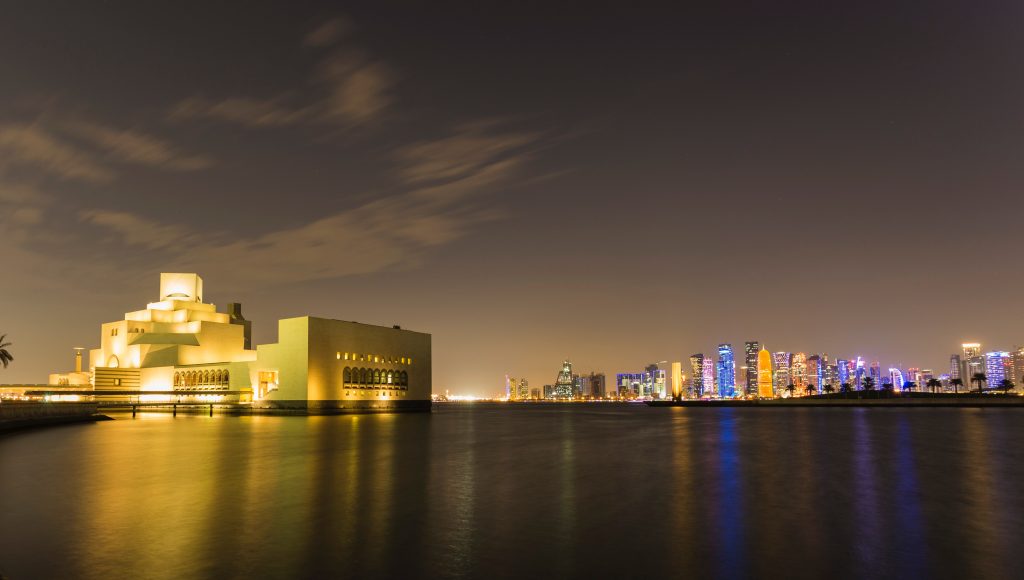 We fell in love with this exciting, distinctive country immediately and we were determined to become part of its story. It won’t surprise you to know that we’re delighted with the way things have gone since!

Now operating from our regional hub in Doha, working both in-country and out to the rest of the world, we pride ourselves on delivering professional, creative films that don’t just deliver outstanding results but are imbued with the spirit of Qatar. 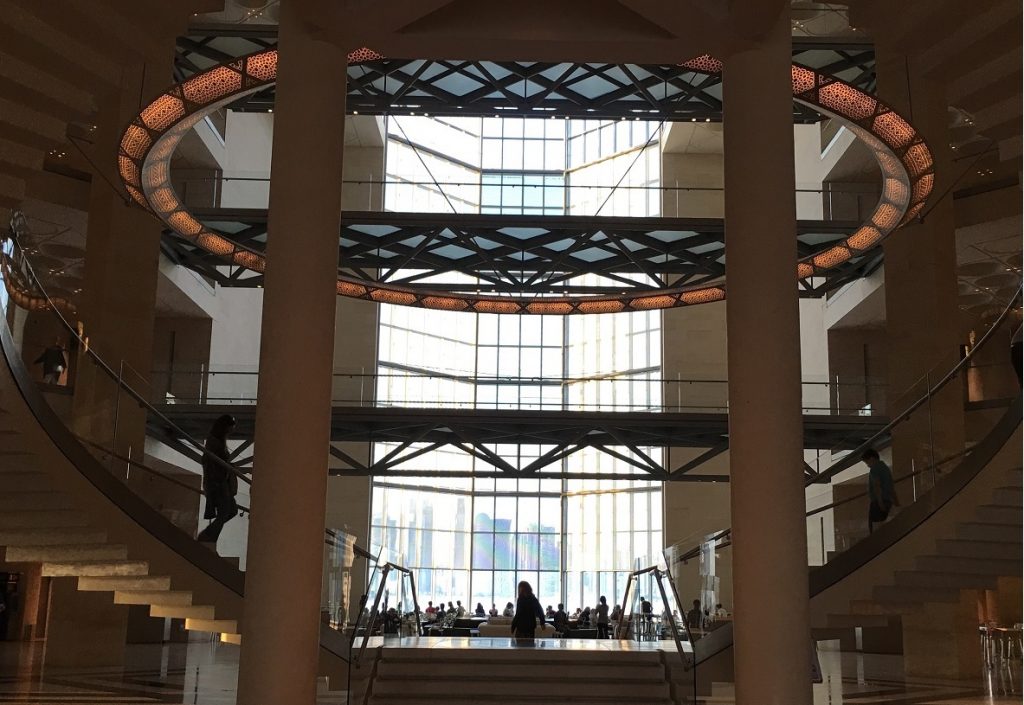 Since those early days, we’ve been determined to become a part of this great country. We set out to learn everything we could about the people and the culture, and we’re committed to giving back in every way we can every day.

These days, our team in Doha is full of local filmmaking experts and professionals from overseas, all working in partnership with our other teams around the world in London, Durban, and Vancouver. It’s a formula that serves us extremely well, helping us get the right look and feel for every film we produce in Qatar. 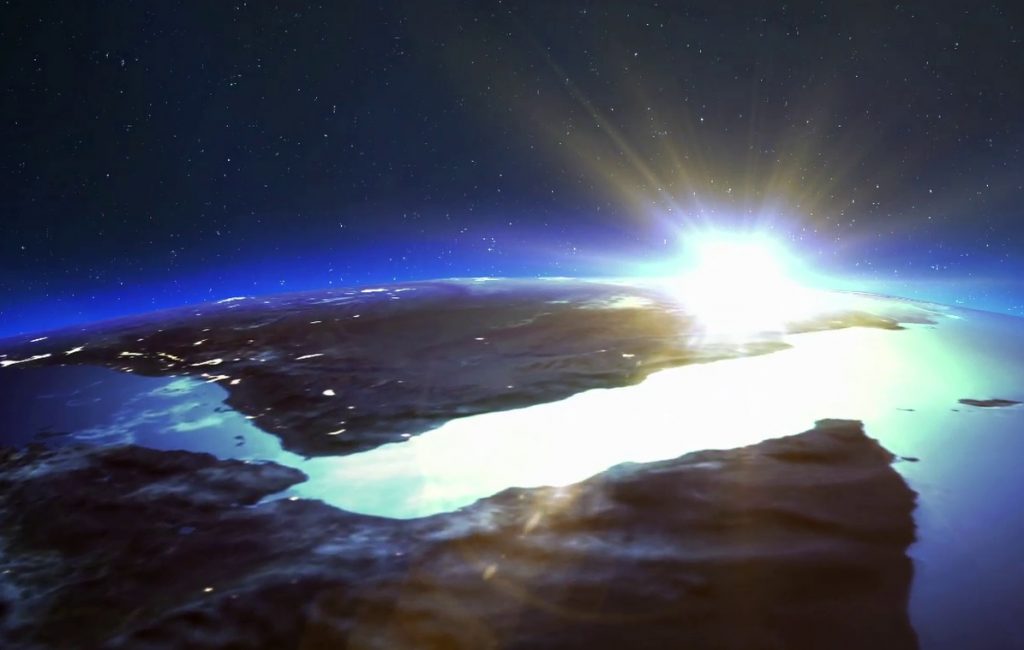 Our diverse blend of personalities, outlooks, and experience makes us ideally placed to deliver authentic content to our local clients in Qatar as well as adding international expertise and flavour when required.

We’ve spent years building up an extensive network of contacts and support, and it allows us to access to locations, permits, and beneficial rates otherwise unavailable to those without our presence and reputation! 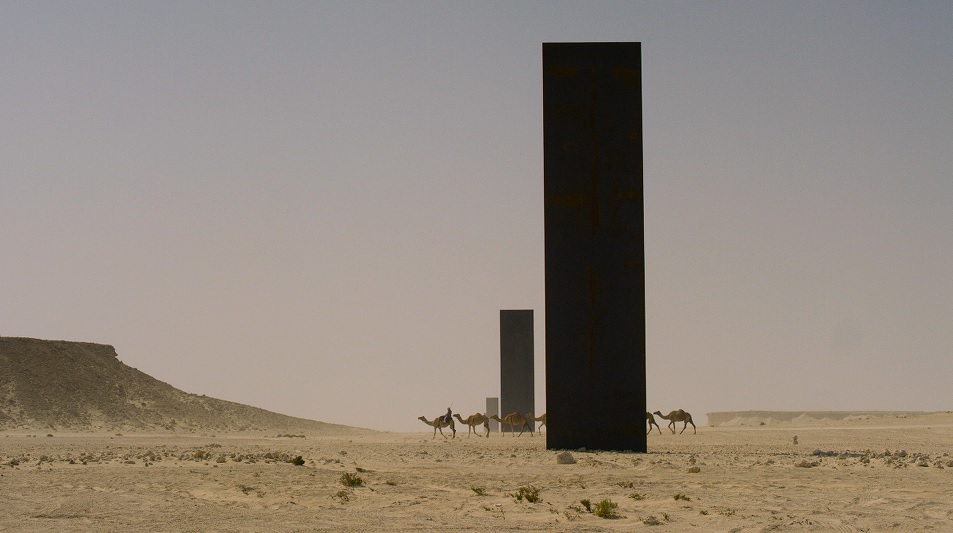 Simply put, we understand Qatar intimately and we love to use our local expertise and knowledge to help current and new clients alike.

We’re always looking to develop our brand in Qatar to keep us at ahead of the curve. We work tirelessly to ensure that we maintain our reputation as a high-quality Qatari film-making brand that can bring any project to life through films that live long in people’s memory.

It’s not just our local knowledge and experience that sets us apart – we’re experts in delivering almost every kind of film project you can think of. 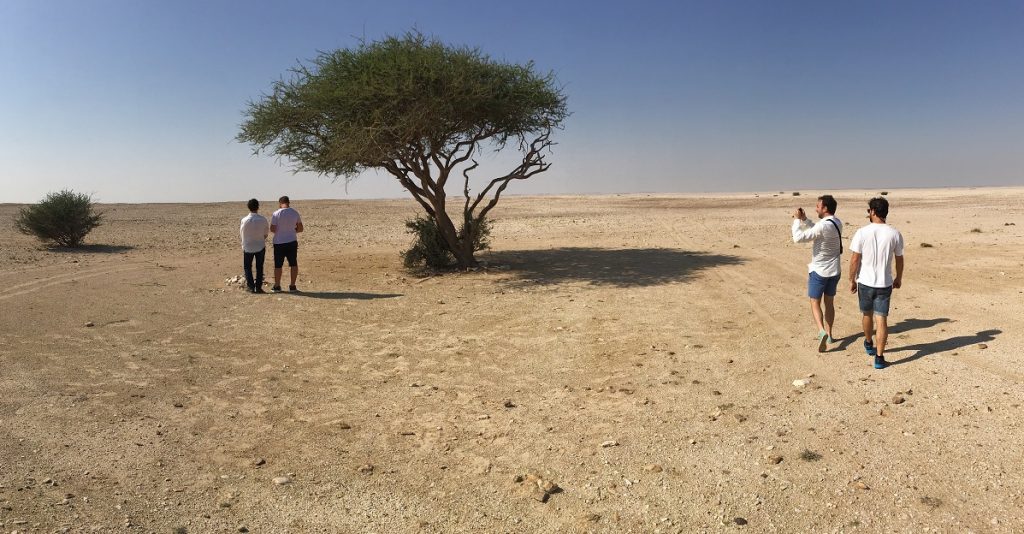 We don’t just deliver high-class TVCs for Qatari and international audiences, we also offer an extensive range of film solutions across all kinds of budget levels.

Whether you need a high-end cinematic-style film or you’re looking for something more economical and functional, we can deliver what you need.

We’re specialists in delivering functional productions such simple interviews to camera, simple 2D animations, and infographics, all of which contribute to our success. 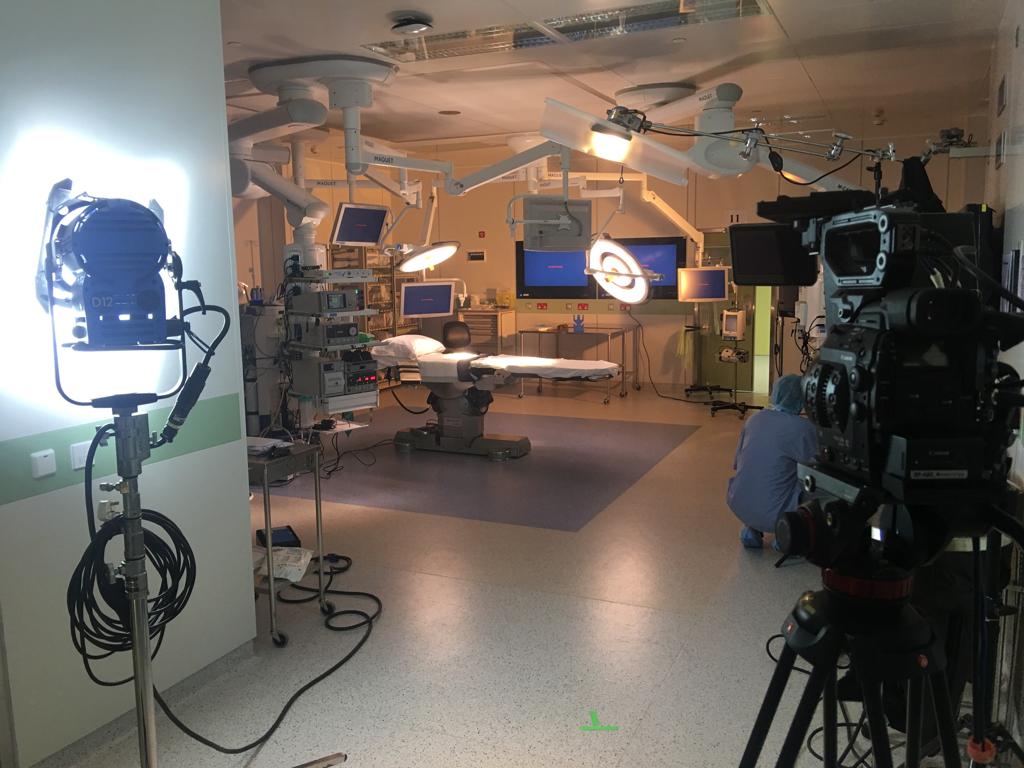 We’re experienced in working on all kinds of projects, from VIP events and brand launches to inaugurations, product showcases, TVC campaigns, and plenty more besides. We’ve also delivered high-profile projects for the holy month of Ramadan, as well as annual celebrations like Qatar National Day and Qatar Sports Day

We understand Qatari audiences (and international ones), so if you’re looking to connect with domestic TV audiences in Qatar or to share your story further afield, we’ve got the insight and knowledge to deliver the right film for you.

No matter the project, the key to our success is that we specialise in delivering content with emotion that grabs hearts and minds and apply this to every film we deliver. 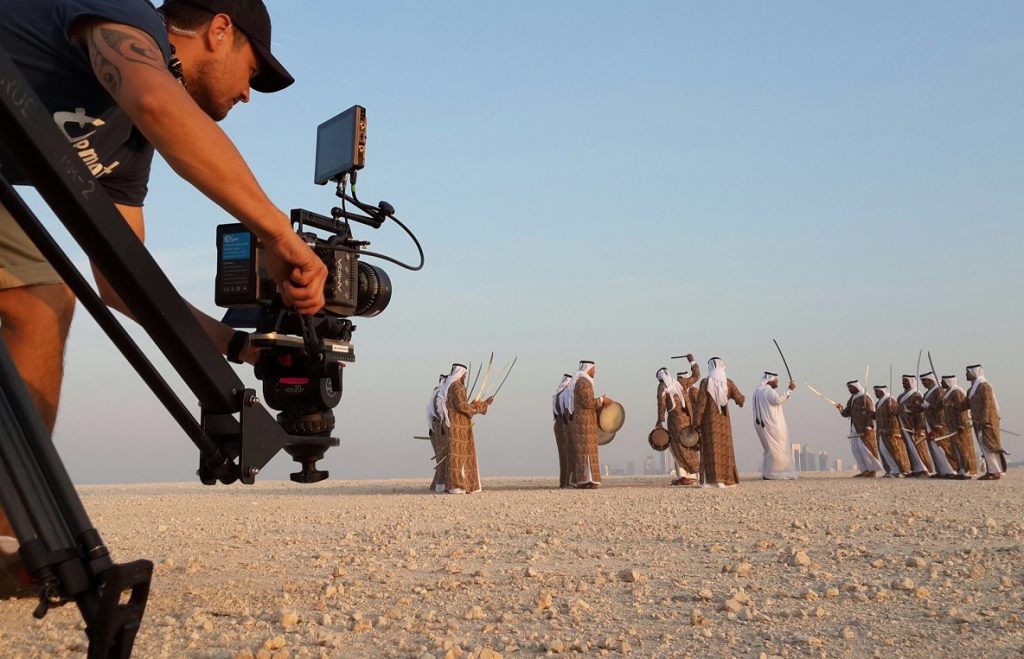 Of course, you’d expect us to talk positively about our success and our expertise – but you can also take it from the many happy clients we’ve worked with during our many years in Qatar.

The names below are just a handful of notable names – and we’d love to be able to add you to the list!

Our Work in Action

We love talking about our work, but we also love showcasing it in action!

We pride ourselves on delivering creative TVCs of high quality and being experts across a range of vital subject areas. We’ve chosen some of our favourite films in Qatar below to give you an understanding of the high levels of excellence that we’re able to deliver for our clients:

National Day is a hugely significant day in Qatar’s culture and how the nation commemorates its history – and it’s a day we at The Edge love to celebrate. We’re proud to be part of Qatar’s story and we’re always keen to contribute to every celebration of this great country and its values. 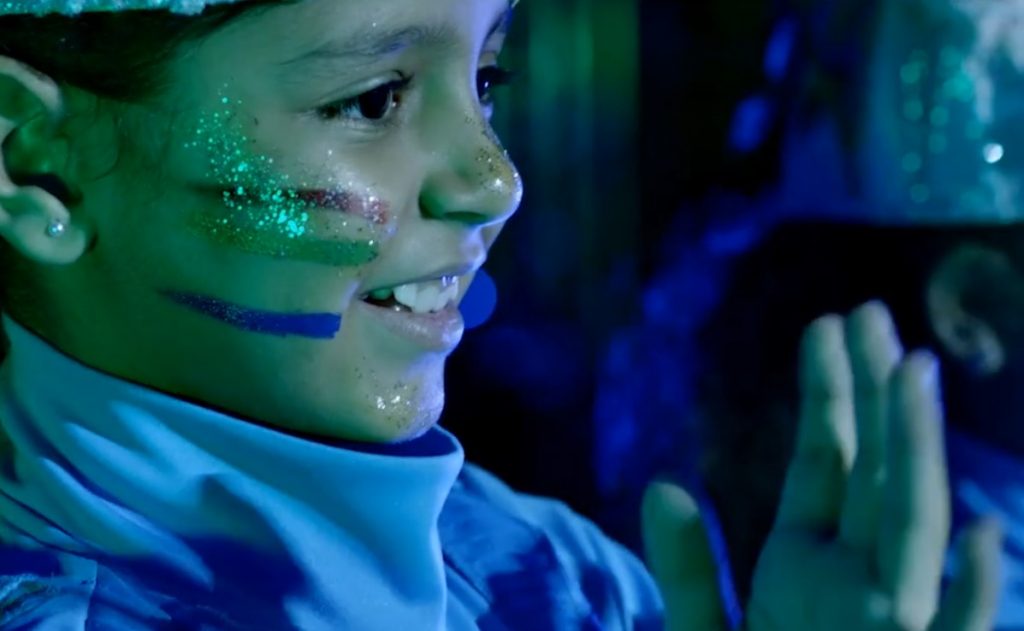 In December 2018, we were commissioned by Ooredoo to produce a new film to celebrate National Day for broadcast across the country, and we wanted to come up with something that would stay long in the memory. 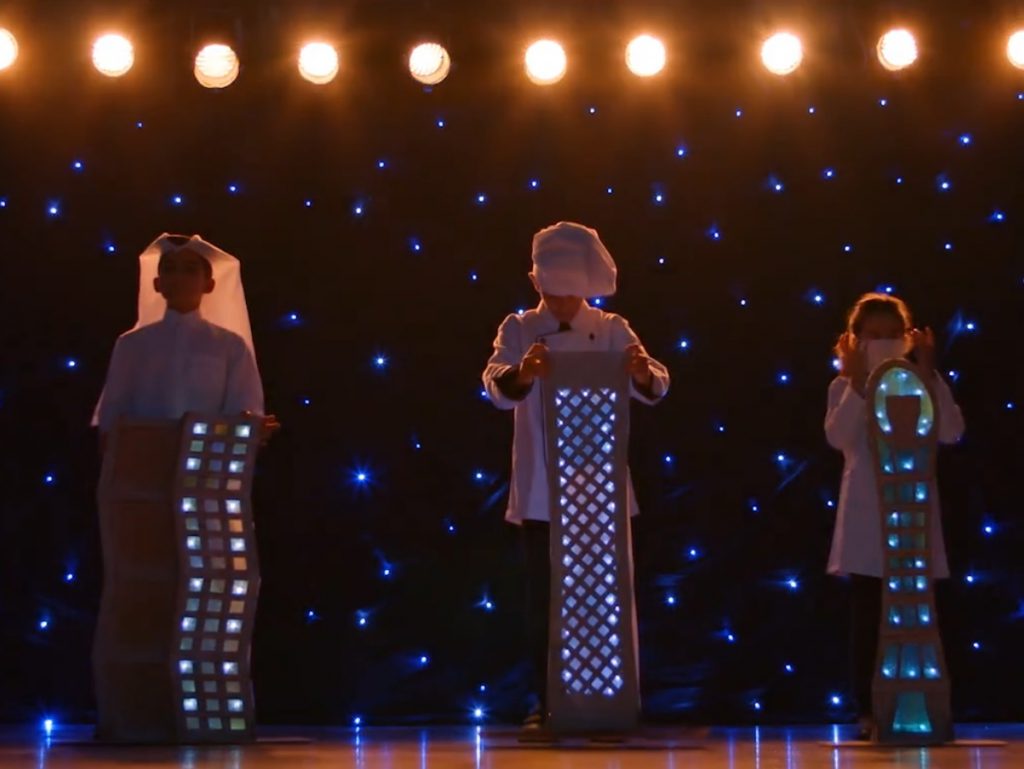 We devised a unique creative idea based around the concept of school children performing a school play for their parents.

The film is touching, sentimental, and surprising – whilst also having some comedic moments! We worked with local school children, production talent, and designers to produce the film, and were diligent in ensuring that all the nuances of Qatari culture were portrayed accurately. 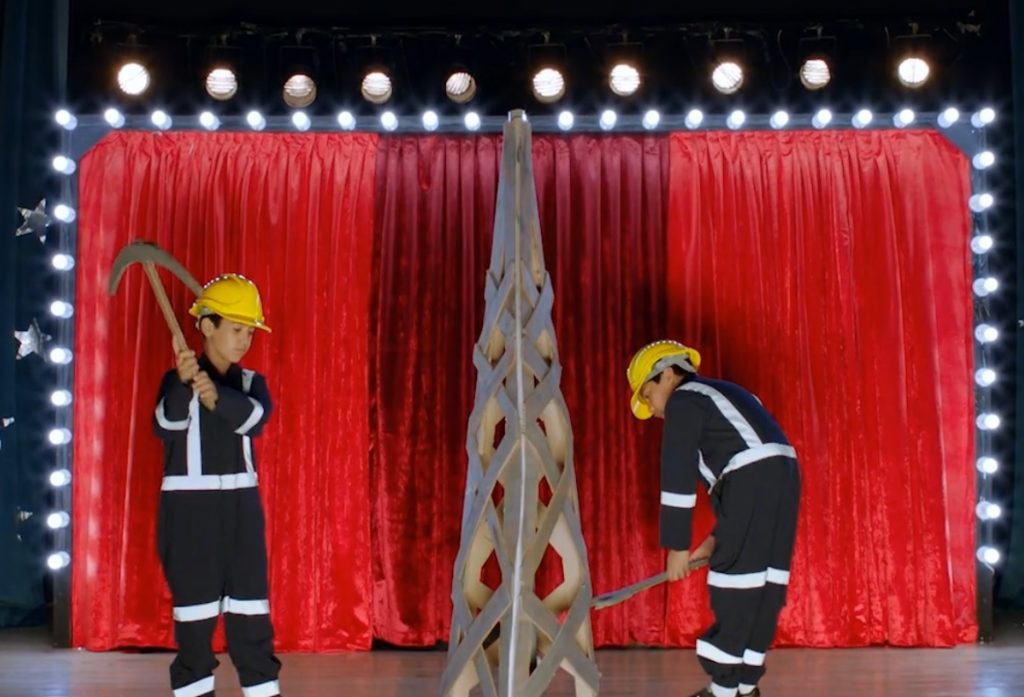 Within just 3 weeks of its formal release, it had recorded over 2.1 million hits on YouTube alone!

It’ll be no surprise for anyone to know that this film is one we’re hugely proud of – and a film that’s truly represents the spirit of Qatar.

In 2018, we worked with GCO (the Government Communications Office of Qatar) to develop a series of TVCs to commemorate International Women’s Day across Qatar. It’s a day that means a huge amount to us at The Edge, and we were honoured to have the chance to play a part in this celebration of Qatar’s incredible women who are inspired and inspire those around them to break down barriers and change the world every day. 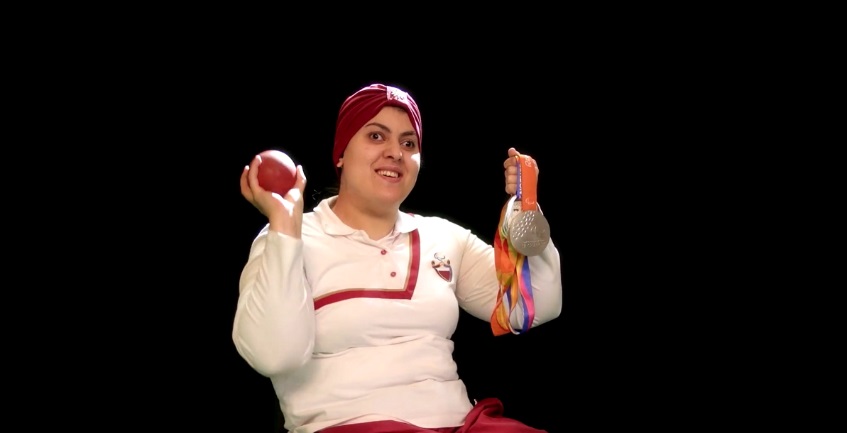 Our task was to cast a spotlight on some of these incredible achievers, showing what they do – and what they stand for.

We worked with the GCO to identify Qatari women whose stories spanned the breadth of Qatari society – leaders of industry, campaigners, sportswomen, and more. Through meticulous camerawork and insightful interviews, we captured their stories in a way that demonstrates just how dynamic they all are and how their strengths impact all strata of society.

We created a short film focusing on each of the women, then taking elements from each to create an inspiring TVC for national broadcast to spearhead the campaign.

In a time where issues of gender and identity are discussed more than ever before, we felt there was no better way for the film to end than with a short, poignant declaration that unites the two major themes: our featured women’s pride in being Qatari, and their pride in being women – and how both ideas can exist together…

I am a Qatari woman.

Dangerous driving is a significant problem around the world. Unfortunately, Qatar is not immune. Too many people lose their lives every year on the roads – but Qatar’s Ministry of the Interior is determined to change this tragic situation.

Road safety TVCs have had a major impact all over the world, and we worked closely with MOI to develop an engaging, punchy TVC which aimed to have a similar effect.

The initial tragedy of a crash is terrible, but the damage isn’t limited to the crash alone; the impact these tragedies can have on our loved ones who are left behind is no less devastating. 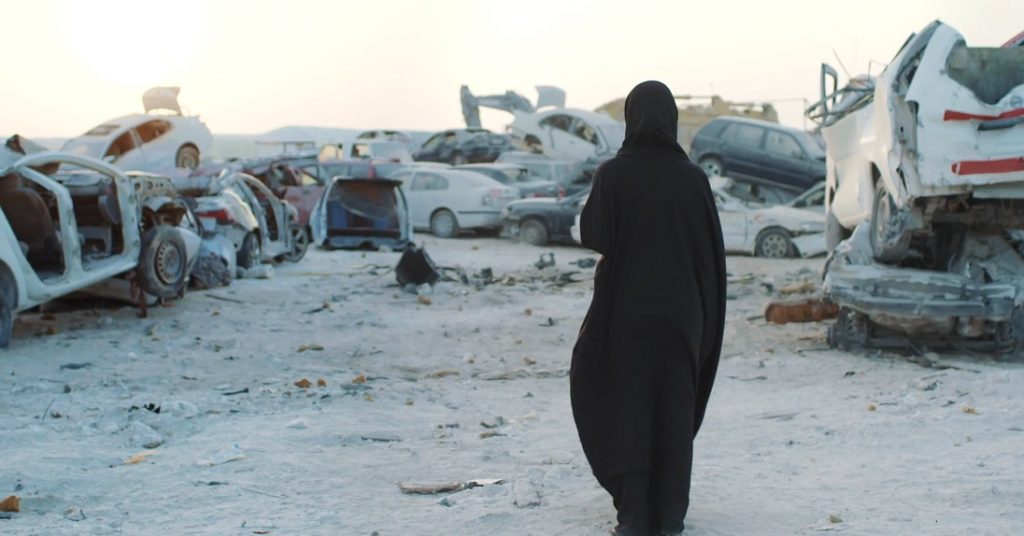 We used this as the foundation for our creative concept: a mother reliving the last phone conversation she had with her beloved son before he was killed in a crash – the tragic result of his dangerous driving.

We see the mother stood alone in a scrapyard surrounded by ruined cars – a terrible reminder of the damage that car crashes can cause. We hear the phone conversation play out – the son talking about his hopes for the future, the mother excited for everything he may do – and she becomes increasingly overcome with the terrible, terrible grief, left with nothing but memories: the wreckage left behind because of his reckless behaviour. 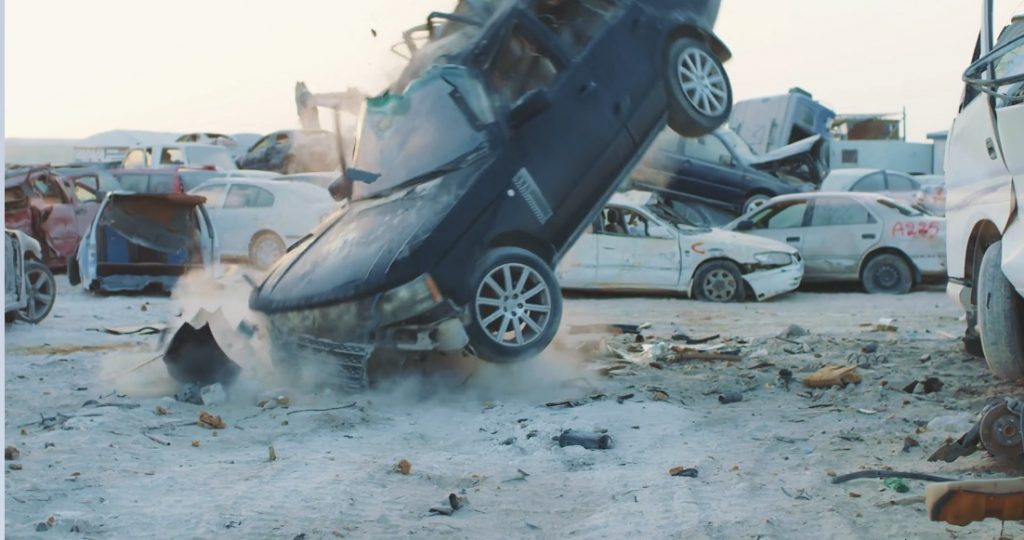 It’s a short, powerful piece of work, and was recognised with a Bronze award at last year’s New York Festivals Film & TV Awards – and we desperately hope it will help move people to take less risks on the roads of Qatar.

Qatar Post’s main aim is to provide the very best postal services across Qatar, embracing the advent of digital life at every stage.

The organization recently went through a transformation process to modernise and build a sustainable, more contemporary postal sector. By doing so, they also hope to help build a connected society in Qatar and to connect this wonderful country to the world. 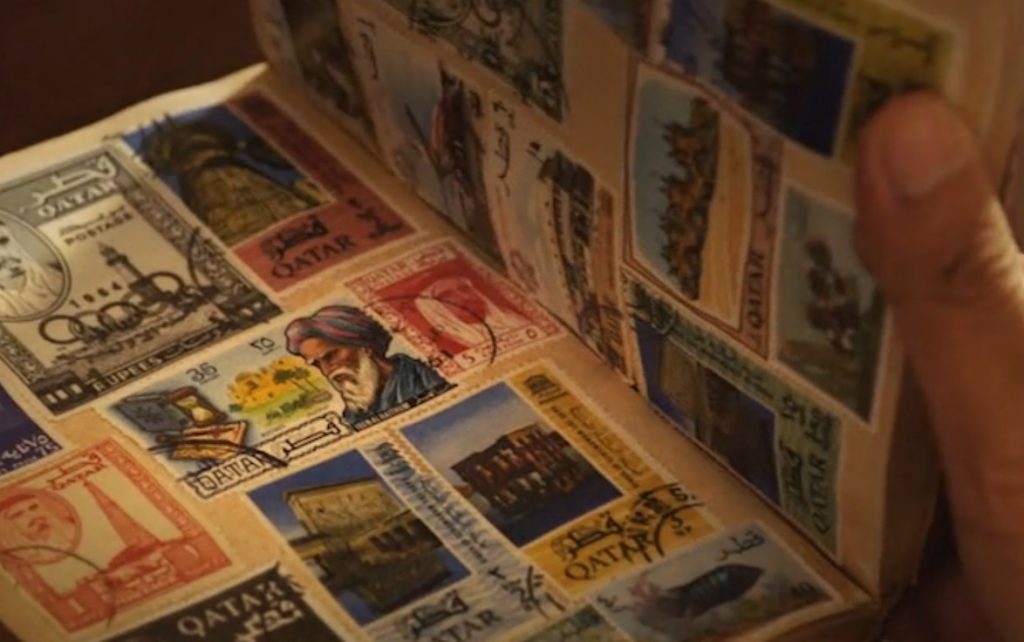 That’s where we came in! 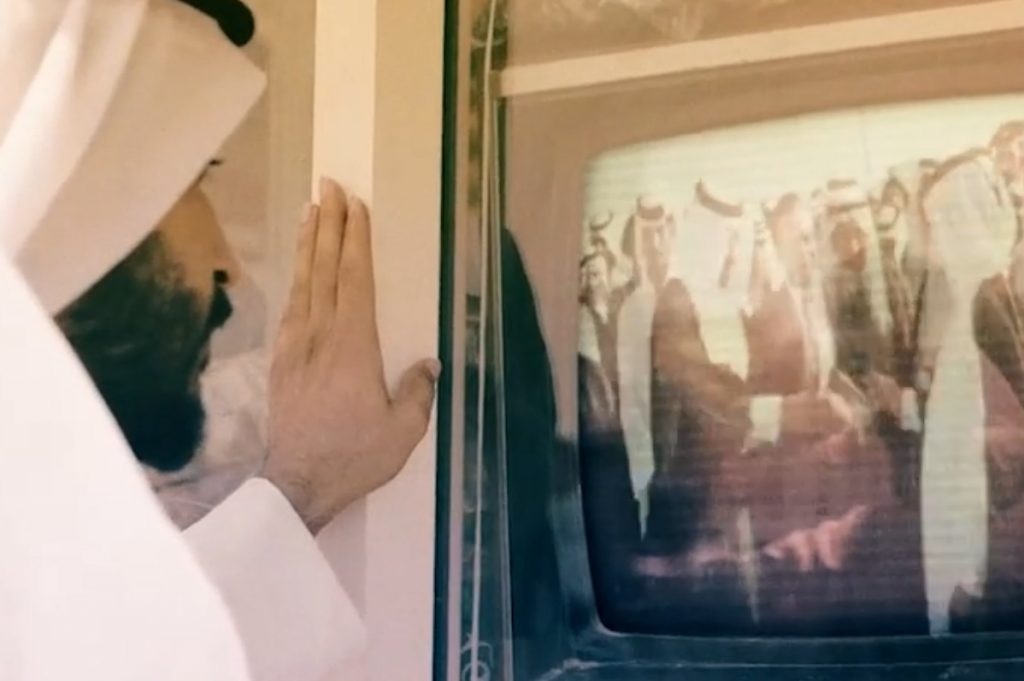 In keeping with the theme of postal services, we crafted the film as a love letter to Qatar where the film itself is in conversation with the nation, contemplating what makes Qatar so special – and why modernising the postal sector will help drive Qatar forward. 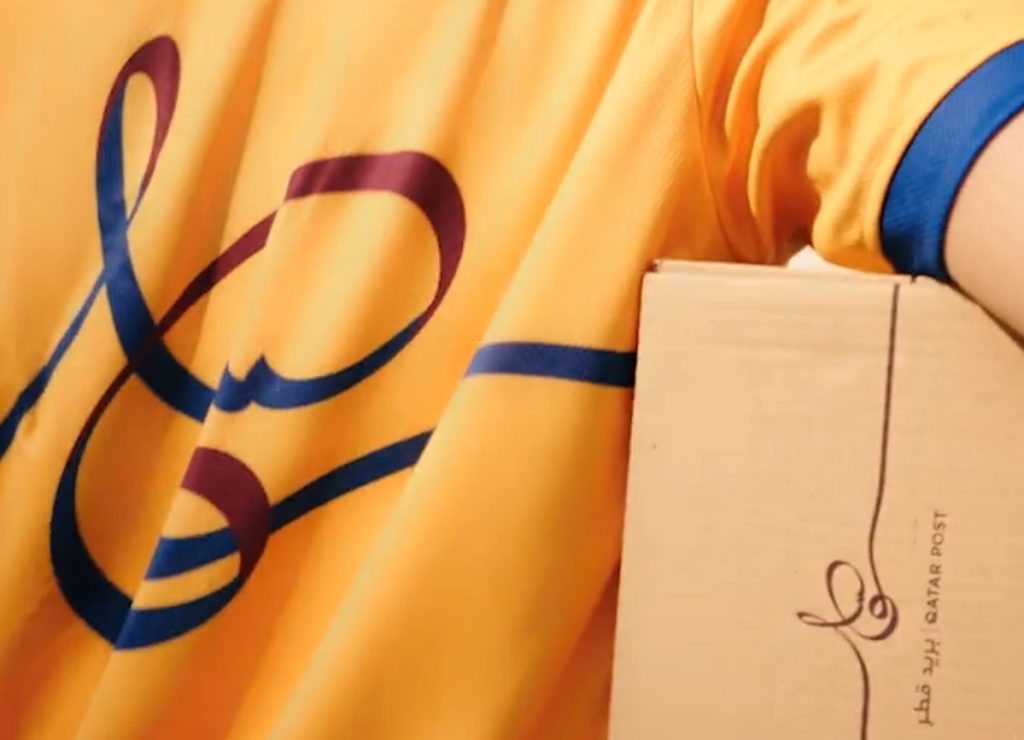 Produced in partnership with Ogilvy, and recipient of 2 major corporate film awards, ‘Dear Qatar’ helps mark a new beginning for the postal services of Qatar.

We’re delighted to have formed strong partnerships with many governmental and public bodies in Qatar, helping them promote positive change across the country in a range of ways – and our work with Qatar Tourism is no exception.

We’re proud to have produced the State of Qatar’s first ever destination brand film which first premiered at the World Travel Market in London. 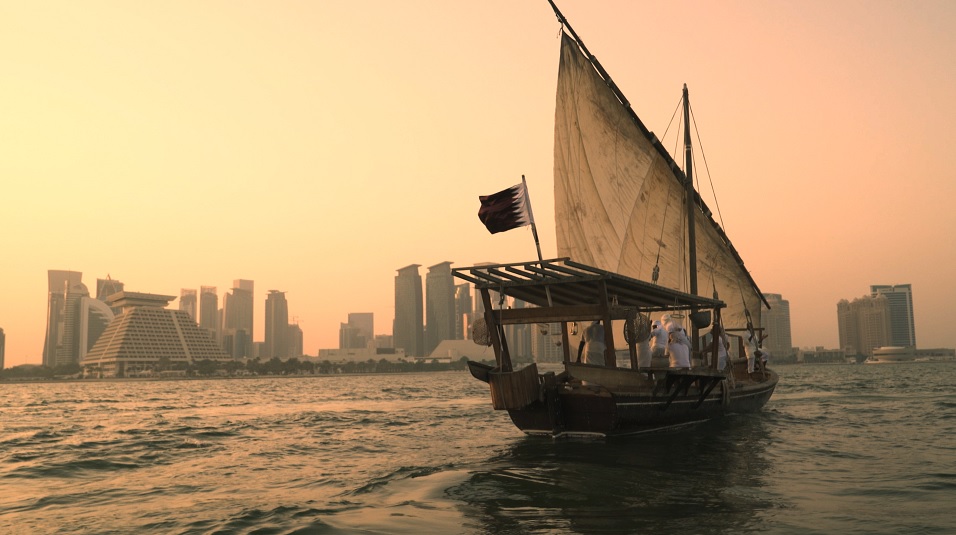 QT wanted a TVC that would reflect Qatar’s intangible qualities and personality, speaking both to the people of Qatar and to audiences abroad.

To meet the call, we crafted a series of films that feel distinctly different and with a strong sense of creative artistry and cinematic musical immersion. 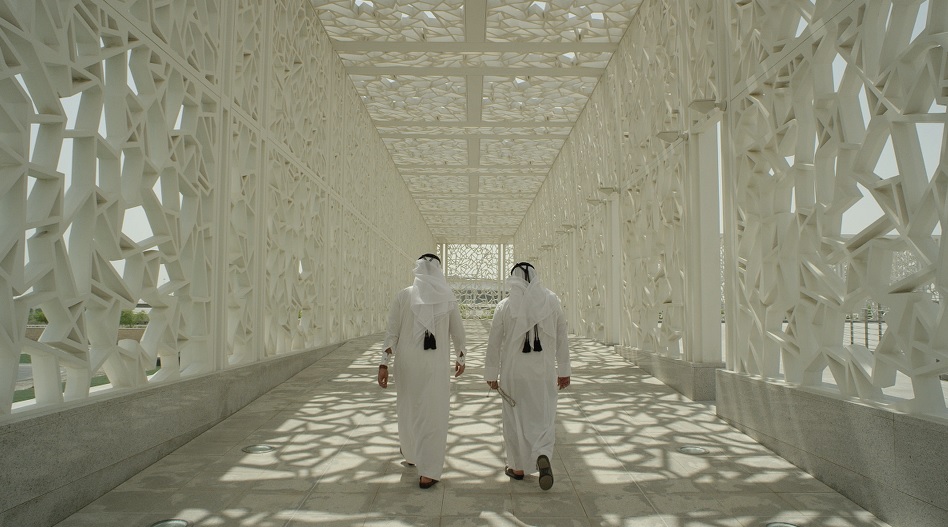 Essence of Qatar demonstrates Qatar’s innate qualities and character to the discerning traveller by capturing the country’s warmth of soul and spirit of vision – and we took great pride and satisfaction in helping showcase a country that we love to the world! 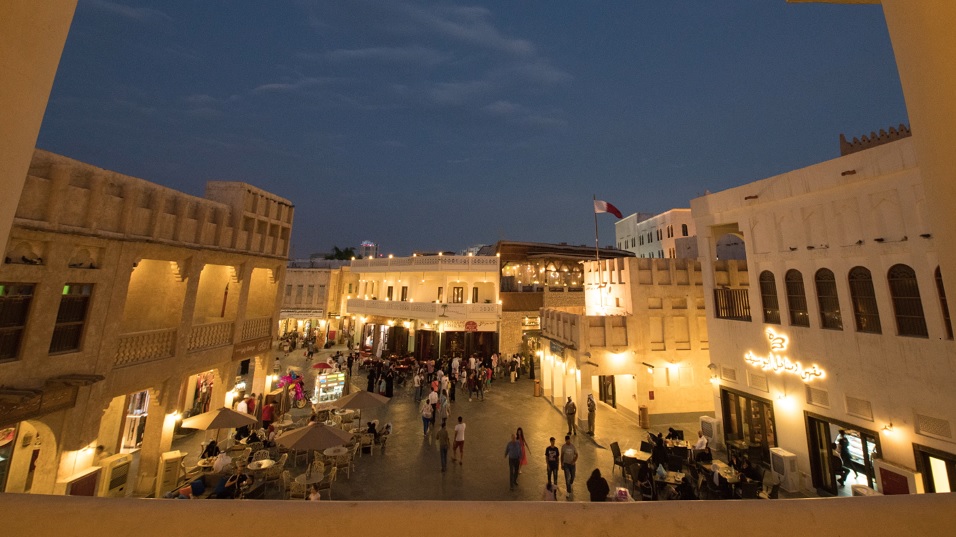 It’s since been played on a wide range of channels and at venues all over the world in a range of versions, including a series of 30- and 60-second TVCs, as well as winning 11 major film awards around the world at Cannes, New York, London, and Hamburg.

We’ve since produced an extensive range of films for QT for different campaigns that we’re incredibly proud of, but Essence of Qatar was the first – and it’ll always have a key place in our hearts.

We’ve gained a huge depth of expertise and know-how when it comes to creating engaging TVCs to support marketing campaigns of all kinds that cut through with the audience and inspire real change.

We’d love to have the opportunity to use this expertise to help you bring your marketing to life – so get in touch today!