On 28th March 2019 the National Museum of Qatar (NMoQ) opened its doors in Doha to an eagerly awaiting public. Greeted with unprecedented media acclaim, NMoQ is a truly world-class museum destined to become one of the world’s most iconic and much-loved buildings.

Designed by the celebrated French architect Jean Nouvel, Qatar Museums’ (QM) new arrival is sited on the Corniche a mere stone’s throw from its near neighbour, the IM Pei-designed Museum of Islamic Art. NMoQ makes a dramatic addition to the Doha landscape, with its curved discs, intersection and cantilevered angles – all inspired by the local desert rose rock. 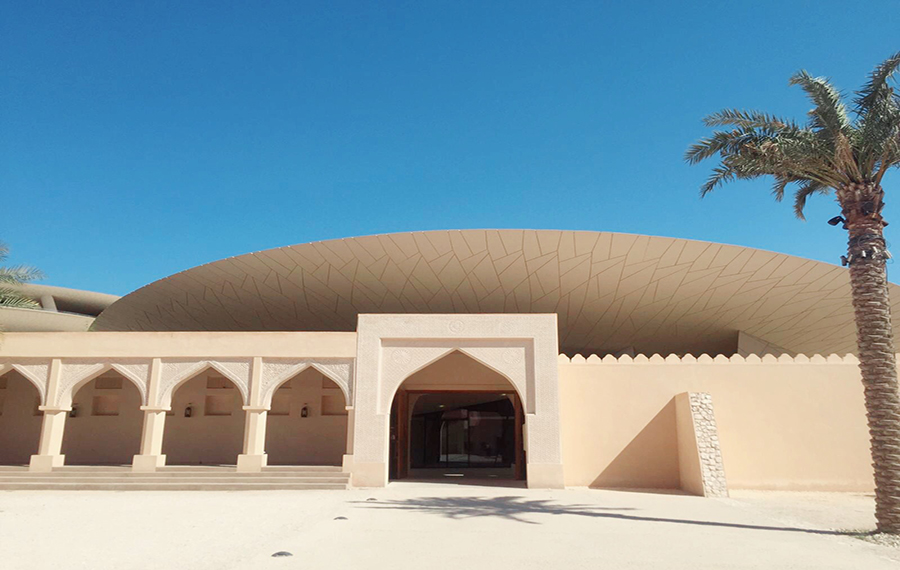 Expertly conceived to celebrate the unique story of Qatar and its people, from the earliest times right through to the present day and then on into the future, NMoQ is deliberately designed to be immersive and experiential, with visitors assured of encountering a rich environment to explore for themselves, including numerous audio-visual digital assets.

Organised in three ‘Act’s – ‘Beginnings’, ‘Life in Qatar’ and ‘The Modern History of Qatar’, each theme is presented across eleven unique galleries, spread over 1.5 kilometres and enabling visitors to journey through an exciting mix of all-encompassing environments and compelling storytelling, aimed at engaging the senses.

The completion of NMoQ not only represents a significant moment for QM, but also Qatar’s rapidly evolving mission to fulfil the cultural goals laid out in its 2030 National Vision. 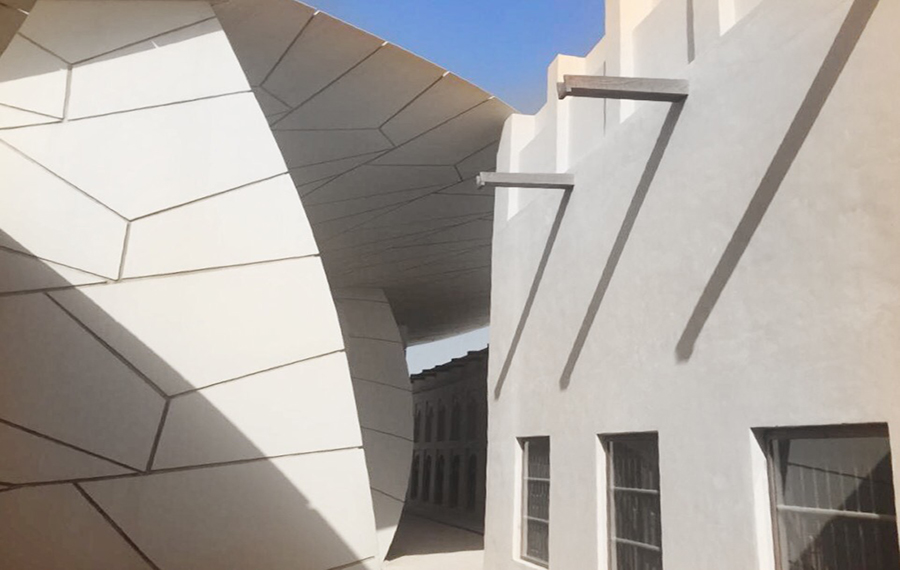 The Edge in Qatar

The Edge has been making films in Qatar since 2005 when we were first asked to produce a number of promotional films and TVCs for Qatar’s growing Oil & Gas sector. This was soon followed by a series of high-profile films for Qatar Foundation’s visionary Education City.

Since then The Edge has grown to become one of Qatar’s leading film and TVC producers, run by our local production office in West Bay, with full technical & creative global support provided by our London office when required. Recognition of The Edge’s creativity is seen by recent global award wins for Qatar Tourist Authority, QP, Mwani, Sidra and Q-Post.

Formed in 1991 and with many years’ experience of producing films for international museums including the Science Museum, V&A and The Tate in London, together with touring exhibitions such as Muslim Heritage’s ‘1001 Inventions’ starring Sir Ben Kingsley, The Edge is a world expert at producing linear, interactive & looping museum film exhibits.

In 2018 ACCIONA Producciones y Diseño (APD) appointed The Edge on behalf of Qatar Museums as a key digital media content supplier for the production of a package of audio-visual installations in NMoQ galleries. 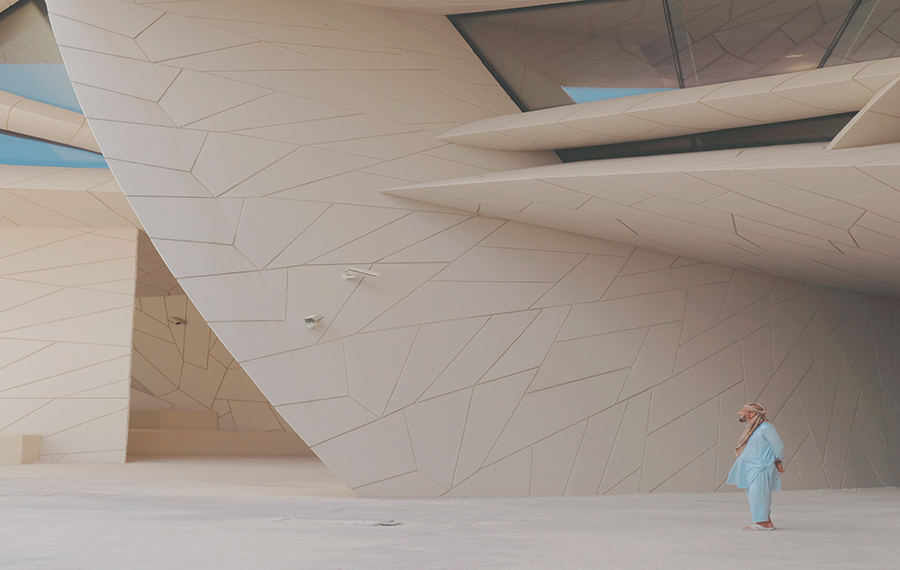 Our Films for National Museum of Qatar

Six months in the making, 120 standalone films produced in Arabic and English, and the creation of hundreds of still photographs demonstrates the scale of film work and gallery installation we undertook for APD and NMoQ – each and every film designed to stand the test of time and to give museum visitors a privileged insight into Qatar and its people from pre-Neolithic times to the modern day.

Running simultaneous productions from Edge offices in Doha and London, our team filmed in Qatar, UK and Germany, interviewing many world experts and filming some of the most important archaeological sites in Qatar – much of it previously unseen by the outside world.

Being a major International Film Company, our producers were able to conduct all NMoQ interviews in the speaker’s native languages of Arabic, English, French and German. This meant we could really question them in detail to capture the key points of the film’s story.

With up to 6 editing suites running simultaneously at all times, our team of Arabic, French, German and English-speaking producers and editors ploughed through literally hundreds of hours of priceless historic film footage that documents Qatar, its people and the growth of a proud nation – again much of it previously unseen by the outside world.

At the same time our graphics team created an outstanding animated-AV that told the story of Qatar’s once vitally important, seafaring pearl trade. 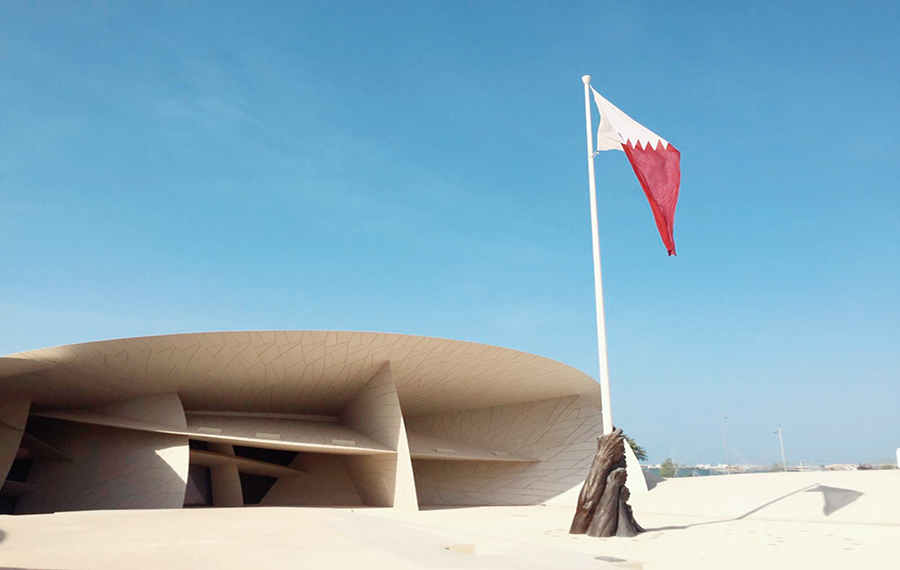 To help do this, extensive research was undertaken and numerous transcripts written up by our production teams to painstakingly help piece together Qatar’s various stories in the most compelling and authentic manner – many of the stories and story tellers providing emotional accounts and intimate portraits of what Qatar once was and then became.

Working closely with QM, APD and NMoQ curatorial team, our task was to carefully craft this priceless historic footage together with our modern day, newly filmed material to produce a large diversity of carefully constructed films – each film designed to add a very different dimension to the story of Qatar and the advancement of its people.

Digital assets included a wide spread of different deliverables, including interviews, mini-documentaries, animations and photographs. A wide variety of different editorial subjects allowed for the telling of many stories – most with durations of 1-3 minutes.

Smart Use of Testimonials
Spotlight on… Abshar Kader, Photographer