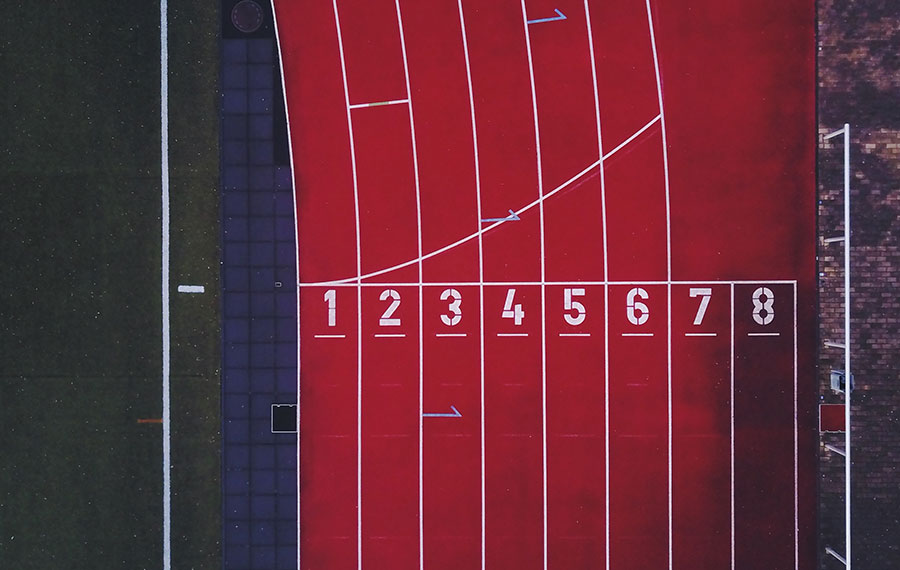 My wife recently started going to the gym again. Despite her best intentions, she found it a struggle to get off the sofa. So she hired a personal trainer to push her (I suspect it’s the bulging biceps that help, not his motivational messages).

And talking to colleagues here at The Edge I discovered that quite a few have personal trainers helping them aspire to new heights of physical fitness. Which got me thinking. These trainers – or athletes – have achieved what my wife/colleagues want to achieve – ‘we can be like that too!’. And here’s the thing – how the achievements of others help inspire us lesser mortals. It fires up something inside. Our inner athlete. Our own dreams.

Our goals at The Edge have many parallels to sport and the achievements of athletes. Our films are made to inspire audiences to think and behave differently. And that’s exactly the effect that sport can have. By its very nature, sport is about participation. It is about inclusion and citizenship. Sport brings individuals and communities together, highlighting commonalities and bridging cultural or ethnic divides.

Sport provides a forum to learn skills such as discipline, confidence and leadership. It teaches core principles such as tolerance, co-operation and respect. Sport teaches the value of effort and how to manage victory, as well as defeat.

And then there are the individual athletes themselves.

There’s a scene in the film ‘Up in the Air’ in which George Clooney’s character (Ryan), while firing J.K. Simmons’s character (Bob) helps him see inspiration in his unexpected transition…

While many of us won’t ever be able to score a Champions League goal with a spectacular scissor kick or run a 100-metre sprint in 9.58 seconds, just witnessing such feats can ignite a fire inside us. It opens our eyes. The roar of the crowd acts as fuel for our own personal dreams.

How do athletes do this?

They defy the odds. Whether it’s a modest upbringing, a career-threatening injury, or a classic underdog scenario, athletes prove sceptics wrong. They possess the ability to overcome adversity. Where others see fear, they see what they want – and go for it.

They sacrifice. Being an athlete is a lifestyle that consumes every aspect of your life. If you want success there are sacrifices you have to make to get it.

They are so dedicated to making their dream of winning a reality that this is their only option. Did Ronaldo ever think “if this doesn’t work, I’ll try something else…?” I doubt it. He trained and trained and trained until he became probably the best in the world.

And it’s therefore not surprising that films often use sport to inspire audiences.

Let’s start with Al Pacino’s “inch by inch” speech in the film ‘Any Given Sunday’. Always referred to as the classic (yet to be bettered):

Then there’s Sport as a vehicle of inclusion – After Reggie Bullock’s sister, Mia, a trans woman, was tragically murdered in 2014, Reggie made it his mission to spread awareness about issues facing the LGBTQ community.

And there’s our own recent film for Qatar National Tourism Council in which we used some famous faces from the PSG football team. Matching their pursuit to be the best with the institutions’ aspiration to be the best.

It’s about pursuing dreams. In the same scene from ‘Up in the Air’, Clooney’s character goes on to describe himself to Bob as his “wake-up call” – that Bob’s firing is a “rebirth”…

Ryan: “How much did they first pay you to give up on your dreams?”

Ryan: “And when were you going to stop, and come back and do what makes you happy?”

Bob: “Good question.”
As you ponder your own dreams in business and in life, channel the fire of your inner athlete.

The same one driving my wife in her dream of re-developing that six-pack she had as a teenager!