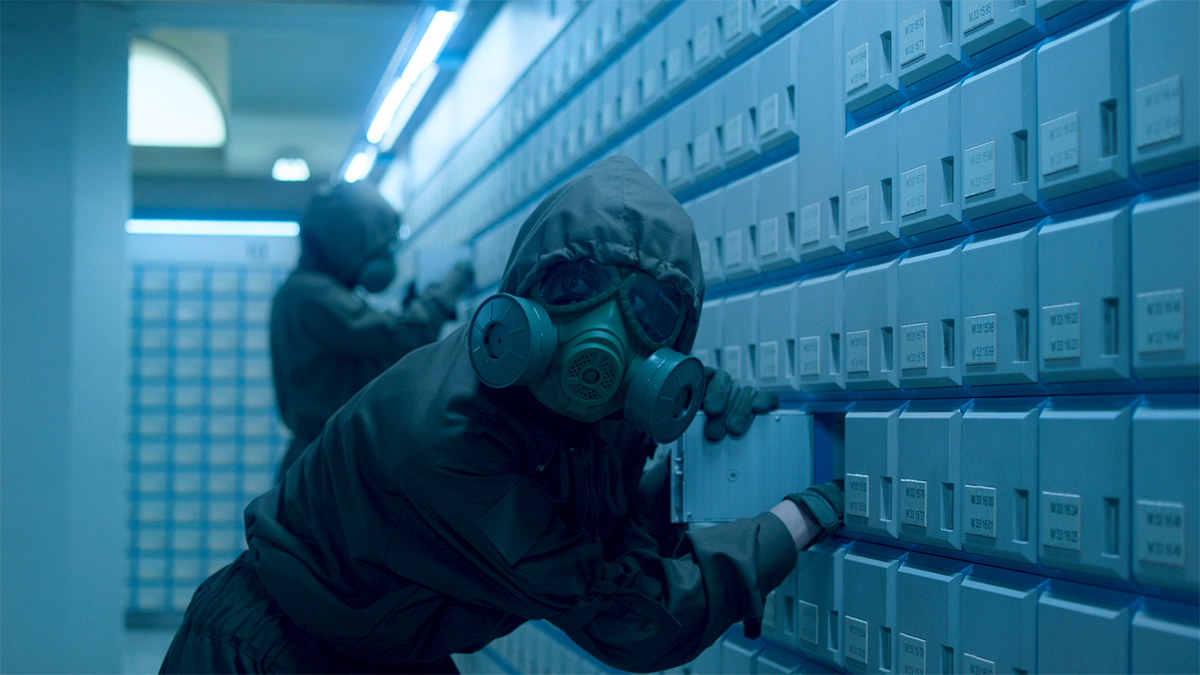 ‘Border’ is a short film set in a dystopian future where the wearing of masks is common place and a draconian system has been created that monitors citizens’ every move. The director, Khalifa Al Thani thought of this film over three years ago, before Covid-19 had reared its ugly head. Khalifa developed the script with DFI and introduced themes of racial profiling, a subject matter that many in the region are familiar with when traveling through international airports. Doha Film Institute commissioned Khalifa with a grant and he went on to approach us, The Edge, to co-produce his film along with DFI from The Edge’s office.

The film was shot entirely on location in the iconic and highly photogenetic Qatar Post building. This location offering a unique landscape for the shots that were crafted and lit by fellow Qatari filmmaker and Cinematographer, Yasser Mustafa.

Poppy Clinton acted as Co-Producer for The Edge along with Fatma Al Ghanim from DFI, and Vibhav Gautam, Jamie Riordan oversaw as Executive Producer.