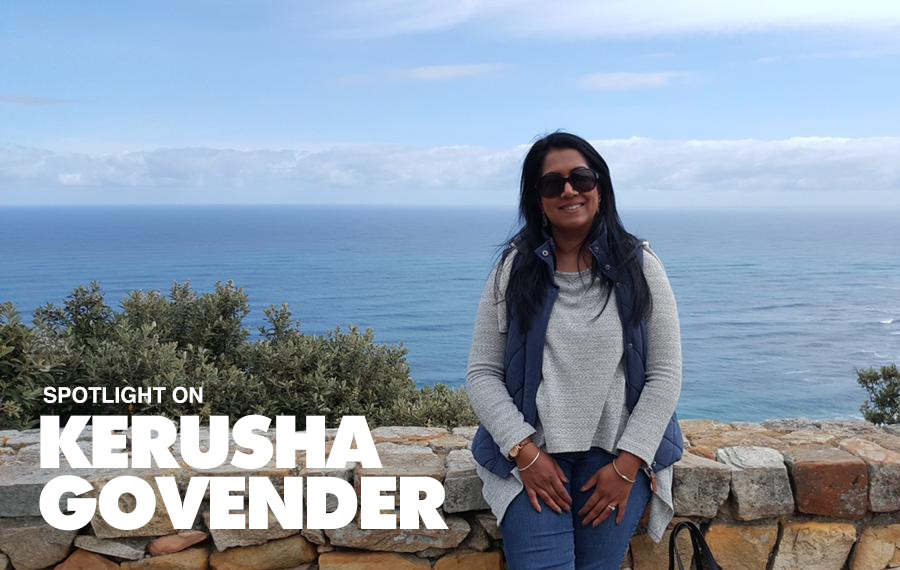 Tell us about your role – what does being a Creative Development Producer entail?

A number of different elements, but mostly it’s about being at the heart of a pitch. Generating ideas is a really crucial part of this role, and finding the right idea for the project and audience is the biggest challenge. If we find the idea right, everything falls into place. On any given day, it’s writing, brainstorming, sense-checking and trying to explain to clients that you can only do so much in so little time!

How about the journey that brought you into this current role?

I’ve been both a researcher and a producer and cut my teeth in TV production in South Africa, before heading to the UK. After 4 years in the UK, just as I was thinking of heading back home, I joined the Edge to produce The Deloitte Academy seminars and found my tribe.  After 4 or 5 years of production management and producing, I became the Edge’s very first Creative Development Producer.  Although I still occasionally oversee the odd shoot or edit here in South Africa, I’ve been immersed in Creative Development since 2010 and I love it.

Is there a particular script or creative treatment that are you most proud of – and why?

A script that I wrote for ENA about working safely with Overhead Power Lines… I came up with a second idea we pitched – which became the film we made. It was simple, sentimental but packed a punch – click pic to watch.

I also wrote some of the scripts for the Sidra Patient Films and edited the rest. It was a chunky project, 7-8 animated films – distilling heavy medical information given to us by doctors into a voiceover suitable for both parents and children – it was a challenge but satisfying.

Do you have any particular process or strategy to help find an ‘in’ to an idea?

Research the subject matter, watch lots of films in the same genre or subject, one of which usually triggers something useful! Bashing around ideas with others also helps. Having another perspective usually leads to a new even better idea or an idea evolves organically into something that makes creative sense. What is the client like (open to creative flair or uber conservative?) and will the idea fly with them or make them run screaming for the hills? That’s something to keep in mind.

What challenges do you typically face in developing a creative?

Most often a client’s unreasonable expectation. Their timescale or budget may be wildly out of touch with the idea they have in mind. Other times you have a creative block which is just annoying. You need to then step away for a while so you can come back to the brief with fresh eyes/thinking.

If the brief doesn’t give you any clues, talking to the client, researching their online presence and referring to their brand guidelines is a starting point. Looking at how they’ve communicated in the past also helps. The first stab at the treatment is a chance for us to test the waters and see if we’ve achieved a tone of voice that feels right for them.

What influences your writing – any creative heroes/inspirations to share?

I read anything and everything. Blog posts and opinion pieces are my favourites. Film and TV from around the world. Read, watch, observe. There’s inspiration in the weirdest places.

You’re based in South Africa – any upsides (or downsides) to working remotely in another country?

After 7 years of working on my own, I’ve become a hermit. Working in an office again would take some getting used to. I’m quite a grump (surprise, surprise) so working alone is probably best as there’s less chance of me offending someone. I do miss having colleagues though. I’m terribly behind on celebrity gossip and the latest trends. On the upside, I’m forced to swim at lunchtime because there’s no one to talk to and there’s sunshine for at least 11 months of 12…

The clocks going back/forward always throws me into a tailspin as does having clients in different time-zones.

What books are you reading at the moment?

Hotel Honolulu by Paul Theroux, The Nothing by Hanif Kureishi and I just finished Cutting for Stone by Abraham Verghese which I highly recommend.

And finally – any advice to give someone who wants to get into creative writing?

Write. About what you know. Then write about the things you don’t. Even if it’s rubbish. Just start. It gets easier. You may not always love what you write but if you do it with conviction, somebody else might.